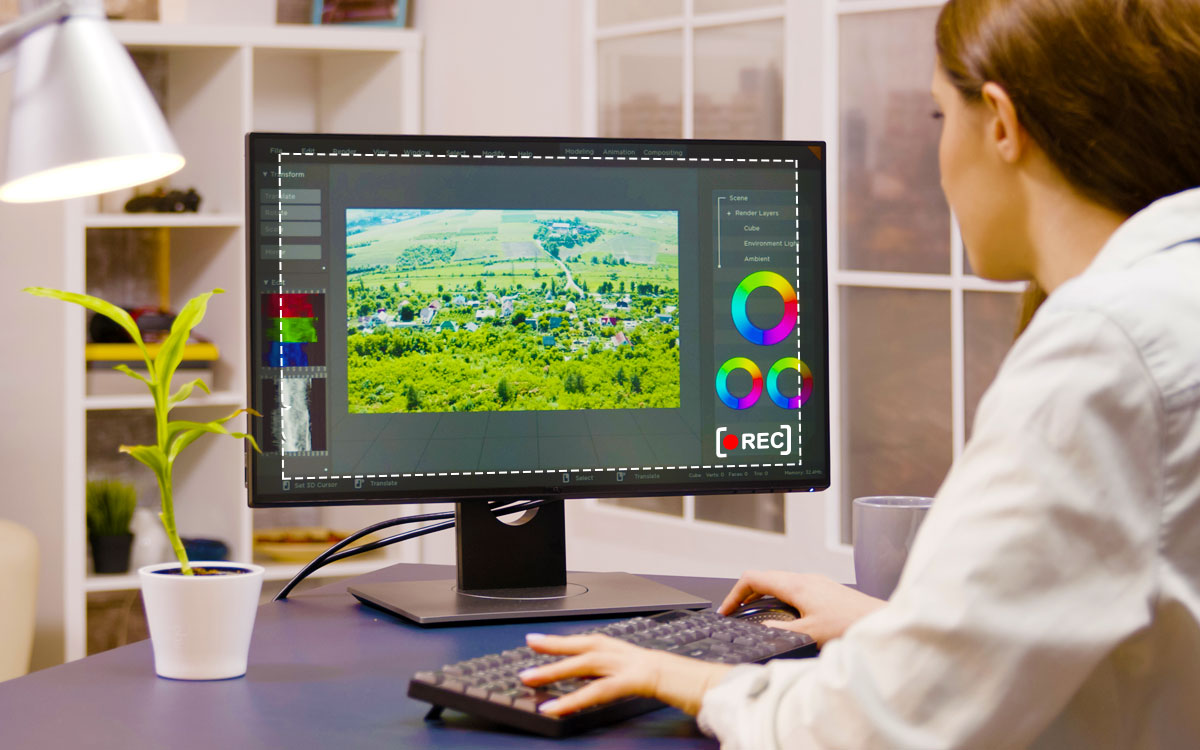 Best Screen Capture Programs are designed & developed to make your workflow easier and much more productive. These nifty tools help in capturing snapshots of an image for educational purposes or record screens for sharing Mockups with clients. Whatever your reason for hunting the Desktop Screen Recorders are, here’re the best bunch of paid & free utilities. Some of our favorite choices in the category are TweakShot Screen Recorder (Paid) & OBS Studio (Free).

What is Screen Recording Software?

Screen Recorders are dedicated software that allow users to capture entire screens or specific portions of your display. Be it capturing particular regions of windows, complete webpage, scrollable screenshots or recordings that include cursor movements and more. A good Screencasting Software is the one that brings all these features in a single package to ease daily workflow

Factors to Consider while Choosing a Screen Recording Tool for PC:

Selecting the perfect screen capturing program can be tough especially when there are tons of options available in the market. Here are some important factors you should consider while choosing a suitable tool for you:

Why Should You Use Screen Capture Software?

There are several useful things can do by using a Screen Recording Utility on your Windows PC:

TweakShot Screen Recorder is number one in our list of Best Windows Screen Recorders with audio and video. The reason is simply that the application is everything you will require in a good screen recorder for Windows PC. It comes with powerful and effective features which will help you record your screen easily.

Use it to record screens in video quality such as 4K and HD. Multiple kinds of screenshots and record the screen using the tool, Selective region screen recording gives you options from a single window, particular region, and full screen. Add a personalized watermark to use it professionally. Give your customized settings for recording the on-screen movements. Moreover use it to record yourself while screen recording as it allows you to grab webcam video as well

OUR VERDICT: Why Get TweakShot Screen Recorder?

Choose TweakShot Screen Recorder if you are looking for a professional-level screen recorder. It can be used to grab quick screen recording for the entire screen, single window, or a selected region. The video quality can be defined and you get results in HD and 4K as well. Plus, the software is capable of recording the microphone and webcam. Along with that multiple formats are supported making it the number one choice.

OBS Studio is an open-source and free screen recording application for computers. It enables high-quality capturing along tons of streaming options to get best results. The application is available at multiple platforms with a lot of online materials, reference guides and walk-throughs to understand how the Screencasting utility works, beneficial for beginners and advanced users. You can rely on the tool for multi-window scene creation, transitions for editing and more.

OUR VERDICT: Why Get OBS Studio?

All things considered, OBS Studio is an impeccable utility that delivers all the essential functionalities for on-the-go recording and live streaming. The desktop screen recorder is user-friendly and has tons of editing functions to get terrific results.

Bandicam is an impeccable computer screen recorder, equipped with a wide range of tools for producing high-quality and professional results. With a registered version, you can record screen with audio over 24 hours without stopping. It features a top-notch Game Recording utility that lets you record your gameplay and share directly over YouTube or other Social Media Platforms. Using Bandicam, you will certainly experience less lag as compared to other Screencasting tools.

OUR VERDICT: Why Get Bandicam?

Bandicam is an amazing option available for Windows users. You can record in 4K Ultra HD at resolutions up to 7775 * 2160 in size and share the file directly on YouTube without any conversion required. It’s a lightweight screen capturing app for PC and eats less system resources.

DemoCreator by Wondershare is one of the best screen recording software for Windows 10, 8, and 7. The application supports capturing screens and recording them through a webcam as well. It brings a powerful blend of editing tools, video effects, annotating features to get more creative. The screen recorder app for PC saves your final files in multiple formats so that you can further share them with numerous social networking platforms. Here are some major highlights offered by the app

OUR VERDICT: Why Get Wondershare DemoCreator?

You should definitely get your hands on Wondershare DemoCreator if you quickly want to record, edit, save and share screen captures instantly. It brings flexible screen capturing tools along with powerful annotation features and vivid video effects to enhance quality.

IceCream Screen Recorder is a feature-rich and flexible screen recorder app for PC that assists users in taking snapshots and records certain regions of display without any hiccups. Be it for educational, instructional or personal purposes, IceCream Screen Recorder provides an impressive set of tools to provide accurate results. Using the paid version, you can take advantage of features like No watermark, scheduled recordings, trimming, and so on

OUR VERDICT: Why Get Icecream Screen Recorder?

IceCream Screen Recorder is a fantastic application for Windows PCs to record Live streams, Skype calls, webinars, make video tutorials for apps/games and so much more. The software even helps users to record screens with a webcam overlay. Interesting, right?

Screencast-O-Matic is basically a web-based screen recording application, but it will be launched and used as a desktop app without an Internet connection as well. You just need to install the full version and you are all set to use numerous features ranging from snap grabbing, video editing, hosting, and sharing. With the paid version, you can record the screen for an unlimited duration with no watermark on the final output.

OUR VERDICT: Why Get Screencast-O-Matic?

Screencast-O-Matic is a simple screen recorder that comes with both free and paid versions. Utilizing the basic version, you can capture a variety of snapshots along with screen recording up to 15-minutes long. Once you are done finishing editing, you can publish it to YouTube, Facebook, Twitter, Google Classroom & more.

Next on our list of Best Screen Recorders with Audio for PC is Screenpresso, a lightweight tool with multi-platform support. Using it, one can grab screens instantly and edit them with professional editing tools. It supports exporting files in popular file formats and it would certainly take a few moments for you to master the program. Screenpresso is the best screen recorder software for pc & provides the ability to highlight captured screens with arrows, bubbles & more.

OUR VERDICT: Why Get Screenpresso?

Screenpresso comes with both paid & free versions and supports one-click grab, which makes it a wonderful option for newbies. You can include a cursor in your screen captures and zoom the important aspects while screen recording. So, it’s an affordable choice for you to get on a Windows PC with a multitude of additional options.

ShareX is the best free and open-source screen grabbing program that lets you capture and record the whole or particular regions of your display. Once you are done capturing snaps, you can further use image enhancement tools to improve the orientations and quality of images using borders, shadows, text and more. Once it’s done, you can share the final output over Dropbox, Google Drive, Imgur and so on.

OUR VERDICT: Why Get ShareX?

ShareX is a perfect combination of advanced screen capture, screen recorder and file sharing utility. It proffers a variety of methods to take screenshots, just like TweakShot. You can further customize it using annotating, effects, watermarking and whatnot.

Movavi Screen Recorder is one of the most popular screen recorder apps for PC among the glut. It allows users to record monitor activities, grab screenshots and save it in numerous file types. You can simply resort to the drag & drop functionality to reposition the capturing process and alter the resolution according to your needs. Additionally, you can activate or deactivate the audio recording option in a click.

OUR VERDICT: Why Get Movavi Screen Recorder?

Movavi Screen Recorder is best-known in the market for its simplicity and flexibility. The tool supports recording audio and screen simultaneously or separately. Additionally, you can incorporate a webcam as well & ultimately you can save the video in HD and other popular file formats.

Our list of Best Paid & Free Screen Recorders for Windows PC comes to an end with FlashBack Express. It’s a wonderful program that allows you to capture snaps, record displays, webcam, and sound. Unlike most of the screen-grabbing utilities, FlashBack doesn’t restrict yours on a time basis or stamp watermarks on the final output. You can make use of the Scheduled Recordings option to set the start and stop timings of screen recording.

OUR VERDICT: Why Get FlashBack Express?

FlashBack is certainly a full-motion-based Windows screen recorder with audio, packed in a straightforward interface. It offers friendly ‘zooming’ and ‘panning’ options to create interactive outputs. Download this screen recorder for PC and do not forget to share your experience in the comments below!

Q1. What is the best software for recording your computer screen?

TweakShot Screen Recorder is certainly the best screen recorder for PC with an extensive range of features suitable for capturing different modes of a computer screen.

Q2. How do I record my screen with good quality?

For demonstration purposes, we are using the TweakShot Screen Recorder to record your screen in high-quality such as 4K and HD. All you have to do is:

(Note: Make sure you connect the microphone to your PC to ensure successful screen & audio recording.)

If you try to record a screen which is not trustworthy you can face repercussions of capturing unauthentic content or so. Sometimes, you download screen grabbing software from non-trustworthy sources, which later turns out to be virus or malware, which further infects your device causing tons of performance and security issues.

Q4. Does Windows 10 have a screen recorder?

Q5. How can I record my screen on Windows 10 for free?

To get started with Xbox Game Bar, all you have to do is:

Once you are done, you can click on the Stop button and start trimming your video to add final touches to our captured screen.

Conclusion: Which Is The Best Desktop Screen Recorder App For Windows 10, 8, 7?

Our list comprises both best paid & free utilities for capturing screens on Windows. Whether you should or not spend money on any of the programs outlined above totally depends on the nature of your needs and requirements. If you are someone who regularly works for creating demonstration, instructional and educational videos, you can choose TweakShot Screen Recorder. If you have basic needs for capturing snapshots and so, choose none other than OBS Studio. 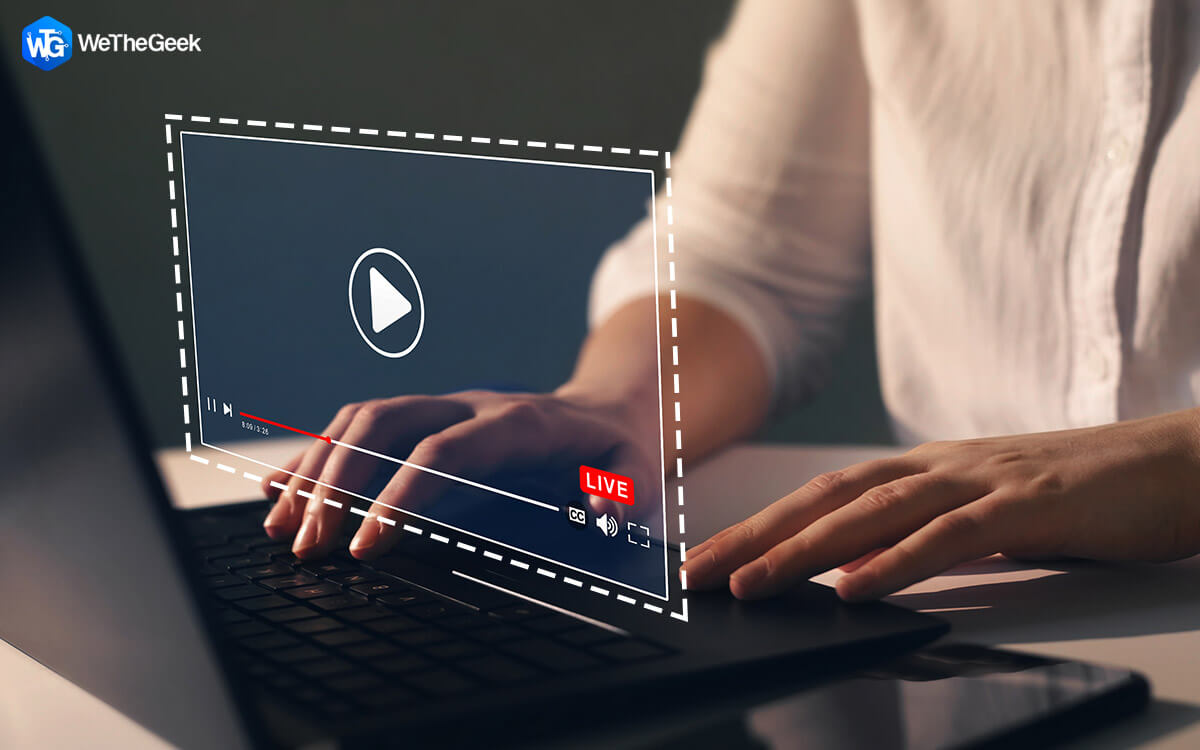